Weighing in at 60 lbs, which is the approximate weight of a Golden Retriever, beavers are among the largest rodents in the world. With iron-clad enamel wallpapering chisel-like teeth, beavers eat and use trees like it’s their job, and it is! Though, no other animal is quite as accomplished in their work as the beaver. Beavers are the only animal to be listed three times as being an adaptive management tool for climate change and are one of most relevant keystone species.

Even though beavers can live up to 40 years in the wild, the females cannot reproduce until they are about three years old and have one litter of, on average, six-kits a year. As the kits get older, they help mom and dad with raising the youngest kits. Even though beavers can produce larger litters, only about 1/3 of the kits make it to adulthood. That’s because beavers have a reputation of being quite tasty and experience high predation. Predators of the beaver include coyotes, hawks, and even mountain lions! 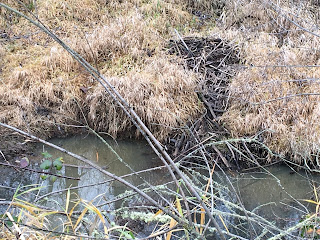 High predation is the reason why beavers are adapted to build an environment where they can be safer. They do this by building the water table up to bring them closer to their food source. This in turn creates ponded areas that become an attractive habitat for more wildlife. This adaptation makes beavers an important keystone species meaning that their environmental impact is so large that it supports a wide-array of wildlife, including species of animals that can only live in beaver ponds, such as the Trumpeter swan, who is often seen nesting on top of beaver lodges. 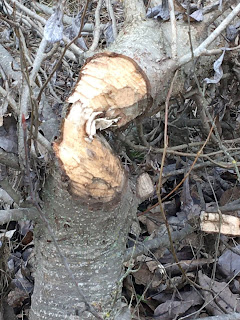 Beavers eat the cambium layer of trees, which is very nutritious. They build up larders of cut down and branches and trees in mud underneath the water to help them through the tough, winter months. Since beavers have the habit of taking down trees, it is a common misconception that the work they are doing is destructive to the environment. One of the goals of the Beaver Believers, a monitoring program with the McKenzie River Trust, where volunteers use smart phones to conduct stream-watch surveys and to document and record beaver activity in the Upper Willamette watershed. This project helps scientists better understand the benefits of beavers on local aquatic ecosystems. 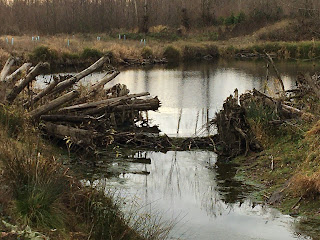 Observations from the field have shown that beavers are excellent land managers, who are adept at creating a rich mosaic landscape and mitigating risks to the surrounding ecosystem. Data has also shown that beaver ponds in the Upper Willamette improve juvenile Coho salmon habitat rather than causing conflicts for migrating salmon. The McKenzie River Trust see beavers as helping them achieve their vision to restore historic habitat types, including those that support a good habitat for little fish, and since the beavers have moved back to the island, fish numbers are no longer declining. 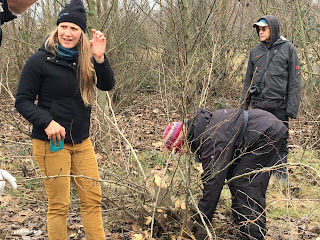 As people living off of the land, there are many restoration strategies we can learn from beavers who have a 100% track-record of creating more environmental dynamism. With the help of neighbors, partners, volunteers, and over 600,000 native tree and shrub plantings, Green Island is an excellent model of humans and beavers working together in land restoration.

To learn more about beavers, check out the book Eager by Ben Goldfarb and the documentary Leave it to Beavers. To learn more about Green Island, about volunteering with Beaver Believers, or to become a member of the McKenzie River Trust, visit https://www.mckenzieriver.org/ 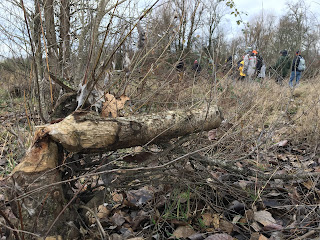