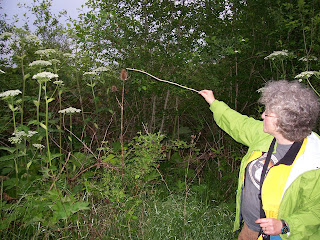 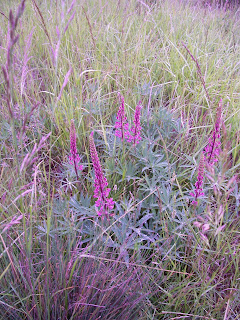 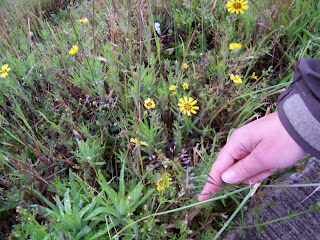 A botany walk starting at 7 pm? Who knew that could be a rich learning experience? Under overcast skies the 15 of us, guided by botanist Chesire Mayersohn, set out to explore the Tsanchiifin Walk area. Recent rains had left sparkling beads on grass blades and cups of shimmering light in the hollows of leaves as we began our trip.
Here are a few things I learned about plants of the wetlands. I encourage all who were on the trip to add more information through "comments".
Some other plants seen were owl clover, at least two varieties of lupine, poison oak with delicate white blossoms, pointed rush (Juncus oxymeris) and spreading rush (Juncus patens) the soft velvet grass (Holcus lanatus), California Oatgrass (Danthonia californica) and many others. And did you know that Queen Anne's Lace is in the carrot family?
Also seen on our loop walk were meadowlarks (could hear them as well), a red-winged blackbird, great blue heron and a small rabbit.
Posted by Susanne Twight-Alexander at 5:32 PM No comments: 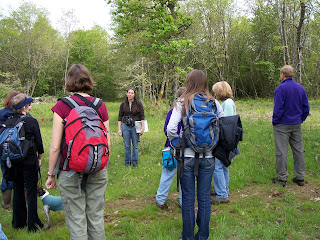 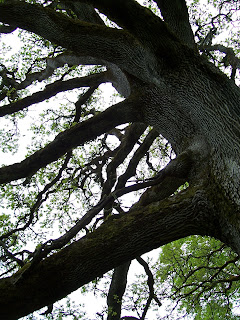 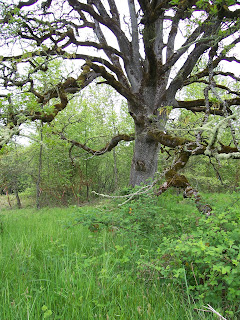 Fifteen explorers met at the end of Royal Avenue May 14th to explore the BLM's See-sil area. Before we even left the parking lot we were treated to the appearance of an American Bittern, a shy bird more often heard than seen. The tall, yellow-legged bird went into its "oh, I'm just some grass" appearance, stretching its head high and pointing its beak upward, but soon walked cautiously along the edge of the road next to a swampy area, then disappeared over the bank. The arrival of a car startled it and the bird flew. Also at the parking lot was a flock of bright yellow goldfinches, one minute posing on the fence, the next busily gathering seeds in the tall grasses.
We walked down the road a short distance and then out into the fields where the City of Eugene's Restoration Ecologist, Emily Steel, pointed out a variety of plants native to the area including popcorn flowers, buttercups, disappointing buttercups (very tiny flowers on a big plant), and camas, which was nearly past. This was a great opportunity to view and compare the Oregon White Oak and some nearby black oaks. We were awestruck by one particularly large white oak with massive lower branches.
We also viewed an area where the oaks were actually growing too densely so some have been removed in a habitat restoration effort in order to allow the others to grow.
Birds seen on the trip included the bittern, goldfinches, red-tailed hawk, Savannah sparrow, tree swallows (there are bird houses for them in one area), and a meadowlark. There were the classic signs of acorn woodpeckers (a large dead branch with holes in it and an occasional acorn still plugged into the holes) but we didn't see any of the birds. Near a row of blackberries and other shrubs at least three rabbits (who knows with rabbits!) ran quickly from grass to shrubs. When we arrived back at the parking area, we could see two white pelicans soaring in tight circles high above us.
Posted by Susanne Twight-Alexander at 11:53 AM No comments:

Last Friday, an Edison Elementary 3rd grade class enjoyed a surprisingly sunny field trip to the West Eugene Wetlands. It was a great second day of American Wetlands Month 2008 for netting and getting a close look at vernal pool inhabitants and a walk along Tsanchiifin Trail. A few WREN board members also participated in the field trip! Thank you to Susanne Twight-Alexander, board member, for a few fun photos... 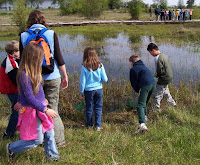