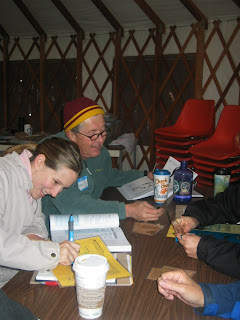 On Saturday, October 20, WREN hosted twenty-some local educators for a day of training on using the WOW! The Wonders of Wetlands curriculum. There were may teachers from local schools as well as Oregon State Parks staff from Silver Falls State Park, UO Environmental Leadership Project staff, and several WREN educators. Despite the cold temperatures in the un-insulated yurt, and intermittent driving rain, we all had a good time and learned a lot.


WREN was excited to co-host this event with Environmental Concern Inc. out of St. Michael's, Maryland. Jamie Schofield was the instructor for the day and traveled all the way out to rainy Oregon from the east coast. 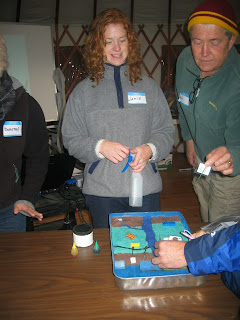 The days' activities began with a lesson about watersheds, using a watershed model made from clay that was contained in a paint tray. This activity is a great demonstration of the ability of wetlands to filter pollution and provide habitat.


We made good use of a short break in the rain by looking around the wetlands for signs of animals (the raccoon scat pile just outside the yurt was, as always, a big hit). We also dug a small soil core and learned how our soil fit onto a wetland soil chart by examining its color and texture. 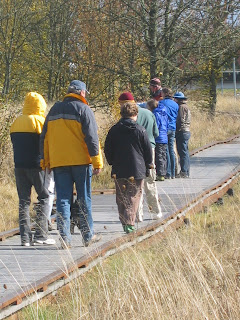 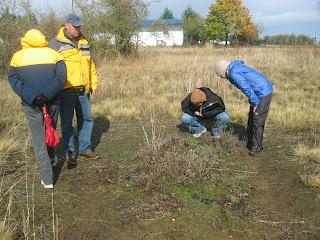 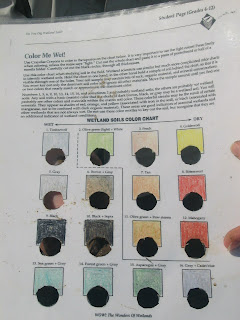 We finished our activities in the yurt by playing with cattails. First we dissected them with our teams and learned some amazing facts about cattail biology! Then, with our dissected cattails we were assigned the task of making a boat. Not only did it have to float in a tub of water, but whichever boat could hold the most pennies won a prize. The winning boat held over 40 pennies before it finally sunk! 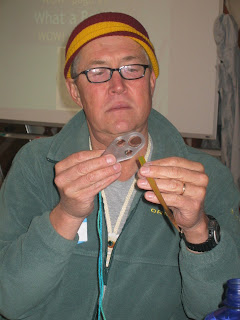 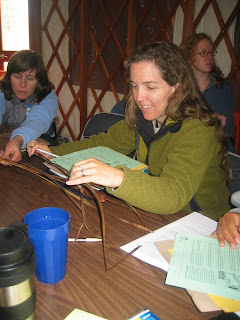 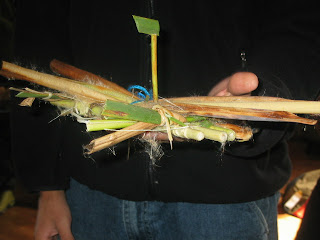 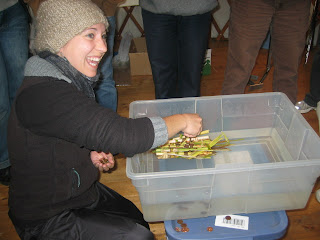 What a great way it was to pass a rainy Saturday! Exploring the wetlands, meeting new people and learning how to pass on our knowledge and experience to students! 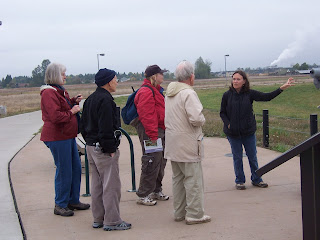 A cool and cloudy October morning greeted visitors from the Campbell Senior Center today on a walk through the wetlands.

Holly McRae led a leisurely walk with the group along the Fern Ridge Bike Path. These visitors had been out to the wetlands before, but it was a first time with WREN! The tour began at the Meadowlark Prairie Overlook where Holly filled us in on the history of the WEW Project, partners and wildlife of the wetlands. Then we packed up and headed to our starting point at Checkermallow Access. Along the way to Terry Street, we passed by several birds including three Cormorants, several elegant White Egrets, Great Blue Herons, Kestrels, a Northern Harrier, possibly a Red-tailed Hawk, Flickers, Killdeer, Meadowlarks, and several small birds flitting around that are here to winter over in our valley. 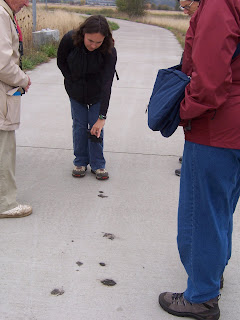 Not to discount the grounded organisms in the plant world...Holly pointed out several species dressed in their fall fashion including Lupine, Tufted Hairgrass, golden and shimmering against the dark sky, Cattails (some gone to seed), and Aster. Unfortunately, but inevitably, we also saw the nonnatives such as the stubborn reed canary grass, the prickly teasle, pervasive pennyroyal, and thorny European blackberry. On the bright side, we also learned about some of the ways the WEW Partnership is controlling these invasive species, such as solar blocks, and prescribed burns. There were no otter sightings this time, but we did pass by the active beaver lodge near DataLogic, and what we believe is a muskrat burrow along the bank of Amazon. And of course, no walk for Holly would be quite complete without some interesting scat! Some awaited her right in the middle of the path, and its characteristics, such as tiny bones, hair, and form told Holly it was most likely wild canine, such as fox or coyote.

It's easy to say gazing around at the vibrant, rich colors of fall foliage, surrounded by heavy, dark clouds and hearing the Canada (or were they Cackling?) Geese above herald a change in seasons, that fall is the best time to be in the West Eugene Wetlands. Well, at least until the next season arrives, and we remember the fantastic opportunities for viewing birds of prey, seeing the long-missed vernal pools return, and the winter drizzles that put the "wet" in our wetlands settle in. 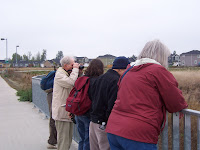 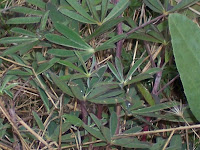 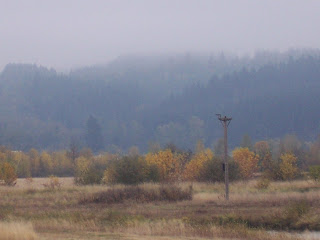 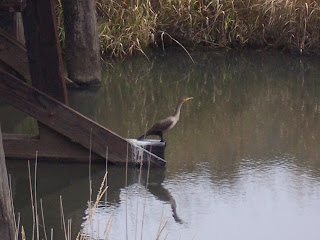