Some UFOs (unidentified flying odonates) were spotted up in Portland...These pics are from Ken Shiroishi who has a copy of Dragonflies and Damselflies of the Willamette Valley, but still could not put a name to this one. 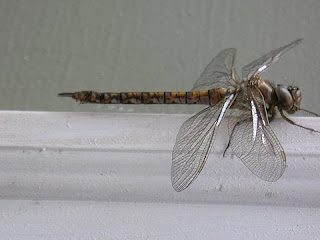 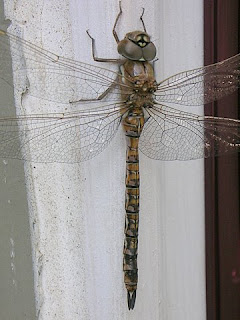 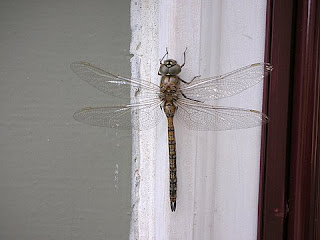 And Cary Kerst wrote in...
"I see why this was difficult using our book as we don't cover most females. This is not an easy specimen as its a female and appears to be a bit teneral without mature colors. It appears to me to be a female Darner. I would guess that it is a female Blue-eyed Darner, Rhionaeschna multicolor, but thats mostly a guess! Lets get some other opinions."

It’s easiest to tell females of the two species apart by the presence/absence of a black line across the face. The third image shows this area from the side, but it’s difficult to say if there is a black line there of if it is simply shadow (or an artifact of image compression) in the suture (I think it’s the latter—good for multicolor). A more direct view of the face would make it much easier to make that determination.

Thanks for the images

I cannot name this damsel, but do you know one named Mei Ling Luke? I am Barbara Warren, an old friend. Please get in touch!
bwarre01@pol.net, Tucson

I cannot name this damsel, but do you know one named Mei Ling Luke? I am Barbara Warren, an old friend. Please get in touch!
bwarre01@pol.net, Tucson