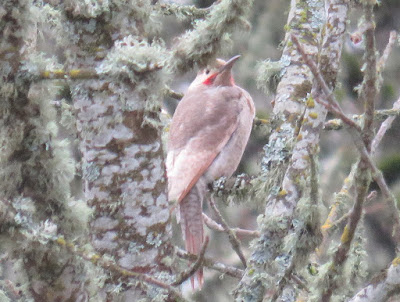 Here is a photo of a leucistic Northern Flicker that Rick Ahrens captured on our last Wetland Wander, December 8th at Stewart Pond. You can see that there is partial pigment loss on his back, and other photos reveal a similar coloring on his chest.

Wrap up of December's Wetland Wander

Here is a list of all the birds we saw/heard on our Wetland Wander December 8th. Despite being a still and gray morning, Stewart Pond was bustling with life.

As we followed the bark trail from the parking area, we wove our way through open prairie, upland oak woodlands, Oregon ash swales, and followed levees along side the Amazon creek. We also saw many lichens, fungi, wetland and ash swale plants, heard Pacific Chorus frogs calling, and discussed species succession, invasive species impacts, and the behavior of raptors such as the Red-tailed hawk and American Kestrel. We saw a leucistic Northern Flicker, learn more about Leucism here.

Thank you to all who joined us and WREN hopes to see you on our next Wetland Wander on January 12th, 2016 at Golden Garden Ponds.
HAPPY HOLIDAYS AND HAPPY NEW YEAR! 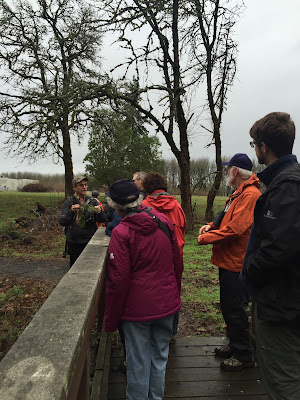 Naturalist Rick Ahrens describing Western Red Cedar.
There are 3 different lichen species, and a moss on this one tiny twig. 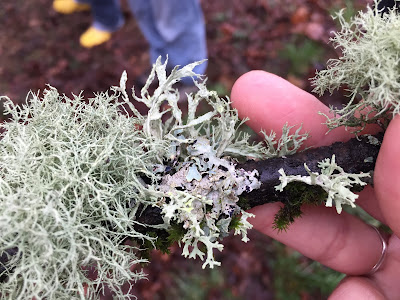 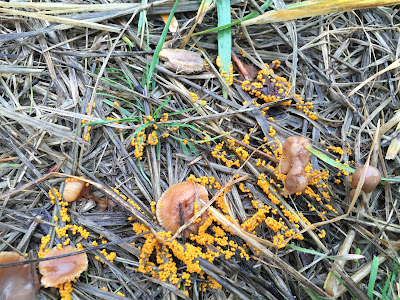 Fungi and Slime mold, cool!
Posted by WREN at 9:03 AM No comments: